Google Labs have introduced 'similar Images' which allows you to search for images using pictures rather than words. With the similar images feature, most images have a link below them that lets you find other images like them. There's no need for you to refine the text of your query. Your new results will be tailored based on whatever image you select. So if you see an image you like but you're stumped on how to describe it, just click the similar images link to see "more like this."

The Taylor Wessing Photographic Portrait Prize 2008 showcases the work of the most talented emerging young photographers, photography students and gifted amateurs alongside that of established professionals.

This year’s competition attracted over 2,500 photographers who together submitted more than 6,700 images. The resulting exhibition of sixty works, includes the four prize-winners and the winner of the Godfrey Argent Award, which this year goes to the photographer who submitted the best portrait in black and white.

Through editorial, advertising and fine art images, the mix of international entrants have explored a range of themes, styles and approaches to the contemporary photographic portrait, from formal commissioned portraits to more spontaneous and intimate moments capturing friends and family.

The prize winners for the Taylor Wessing Photographic Portrait Prize 2008 were announced at the awards ceremony on the 4 November 2008 at the National Portrait Gallery:

The First Prize was awarded to Lottie Davies for Quints, 2008 from an ongoing project entitled Memories & Nightmares

Lottie Davies was born in Guildford, Surrey in 1971. After studying philosophy at the University of St Andrews she moved to London to learn about photography and work as a photographic assistant. She has been a professional photographer working for a range of lifestyle and travel magazines since 2000 and has exhibited at the AOP Gallery, the Schweppes Photographic Portrait Prize (2006) and at the Foto 8 Summer Show 2008. Memories & Nightmares is a series of portraits represented by the subject’s early childhood memories or nightmares. Quints, shot on large format, was inspired by her friend Caroline’s nightmare in which she was pregnant with quintuplets. Davies used a model, Alicia, to stand in for the subject to allow herself greater freedom to interpret the story and the quints were modelled by Alicia’s niece, Marla.

The Second Prize was awarded to Hendrik Kerstens for Bag, 2007 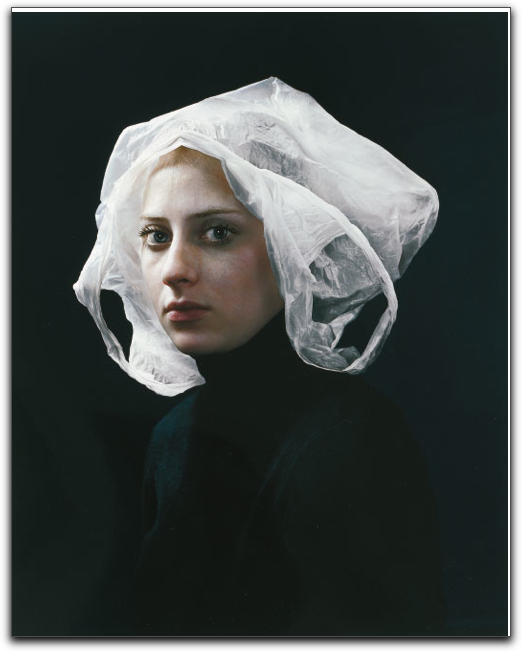 Hendrik Kerstens was born in 1956 in The Hague, Netherlands. Winner of the 2001 Dutch Panl Award Kerstens is a self-taught photographer who initially turned to a model close at hand, his daughter Paula. Since starting to photograph Paula in 1995 Kersten’s work has been exhibited in over 40 exhibitions across Europe and the United States. In his portraits Paula is always depicted as being austere, serene and illuminated with a characteristic ‘dutch’ light. In September he will open his first solo New York exhibition at the Witzenhausen Gallery. Kersten’s short-listed portrait was conceived in New York when he noticed the excessive amount of plastic bags given away in shops. As a humorous reaction to this environmental problem he photographed the plastic bag in the style of a seventeenth century cap.

Third Prize was awarded to Catherine Balet for Ines connected with Amina,    2007 from the series Connected. 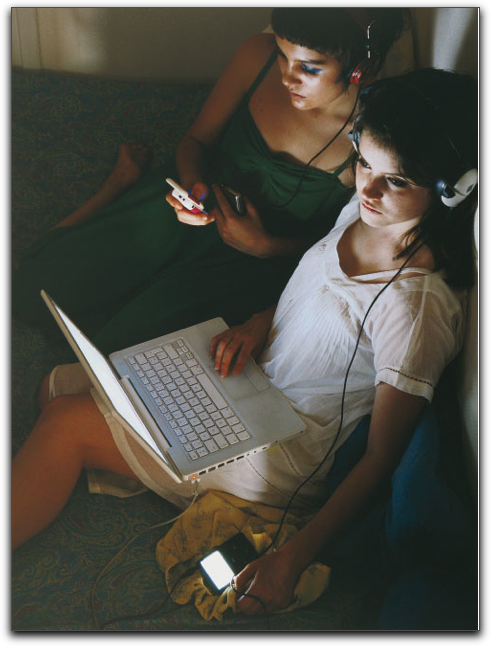 Born on the outskirts of Paris in 1959, Balet graduated from the Ecole des Beaux Arts, Paris and began her career as a painter. Since 1998 she has progressively turned towards photography and works as a freelance photographer for French and International publications. Specialising in portraiture, her first book, IDENTITY, was published by Steidl in Sept 2006 and examines the social and aesthetic significance of signs, labels and dress codes of European teenagers. Her work has been exhibited in three solo exhibitions in Paris and is now touring major French cities. Ines connected with Amina is the first image from a new series called Connected which explores the themes of intimacy, technology, and globalisation. The series utilises the lighting of the computers, telephones and i-Pods for long exposure portraits of young people in their everyday technological environments. 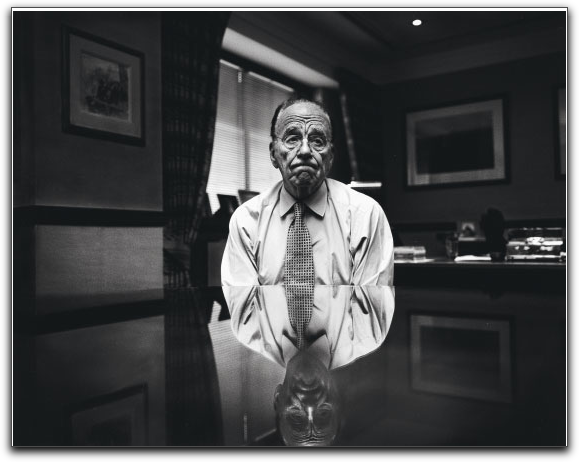 Born in 1953 Tom Stoddart began his photographic career on a local newspaper in his native north-east England. During his time as a photojournalist he has witnessed the war in Lebanon, the fall of the Berlin Wall, the election of President Nelson Mandela, the bloody siege of Sarajevo and the wars against Saddam Hussein in Iraq. Notably, in 1997 Tony Blair gave Stoddart exclusive access to his election campaign, and his recent extensive work on Africa’s AIDS pandemic has been widely published and exhibited. Established as one of the world’s most respected photojournalists, Stoddart works closely with Getty Images, to produce powerful photo essays on the serious world issues of our time. His shortlisted portrait is of Rupert Murdoch in his office at News International in Wapping to illustrate a story in Time magazine about his $5 billion acquisition of the Dow Jones & Company. 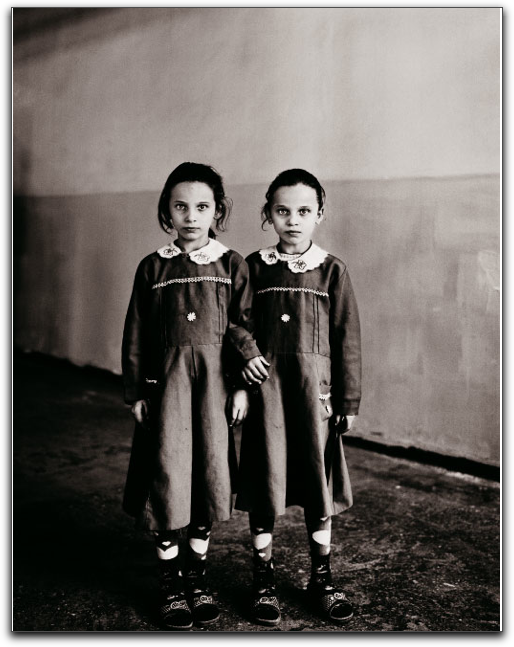 The Godfrey Argent Award, which this year goes to the photographer who submitted the best portrait in black and white, was awarded to Vanessa Winship for Sweet Nothings, 2007 from the series Sweet Nothings

This winning portrait is from a series of portraits inspired by a government campaign to educate rural girls. Winship visited a dozen schools to produce forty-five images of girls posing with their sisters or closest friends.

Born in 1960, Winship’s own childhood was spent in Lincolnshire where she developed an interest in black and white photographs of her family. This youthful fascination has continued into her own projects which are exclusively black and white. ‘For me, it feels strange that people associate black and white photography with reality and truth’ she says. ‘Yes, I am trying to be honest in my work, but I am not presenting it as reality. It is very much a two-dimensional representation of my perception of something.’

You can read more about the exhibition,check out opening times and listen to interview with the artists on the National Portrait Gallery web-site. 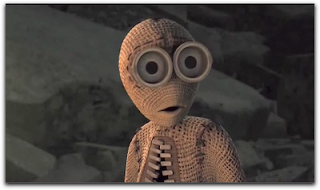 Synopsis:
When 9 ("The Lord of the Ring‘s" Elijah Wood) first comes to life, he finds himself in a post–apocalyptic world. All humans are gone, and it is only by chance that he discovers a small community of others like him taking refuge from fearsome machines that roam the earth intent on their extinction. Despite being the neophyte of the group, 9 convinces the others that hiding will do them no good. They must take the offensive if they are to survive, and they must discover why the machines want to destroy them in the first place. As they‘ll soon come to learn, the very future of civilization may depend on them.

This is a delightful animated feature and reminds of the Blender open source movie. Highly recommended!

Pixelmator have released version 1.5 of their image editor software for the Mac. Having been regular user of the software since it first arrived on the scene back in 2007 I can honestly say that it an amazing piece of software and has now displaced Photoshop for my day-to-day image editing needs. 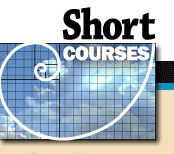 An excellent web-site that offers online courses in digital photography is http://www.shortcourses.com

They offer a range of courses on such topics as:
Although it is called 'Short Course' they have plenty of useful content and Ican recommend them, especially for anyone wanting to progress their knowledge and learn new skills. 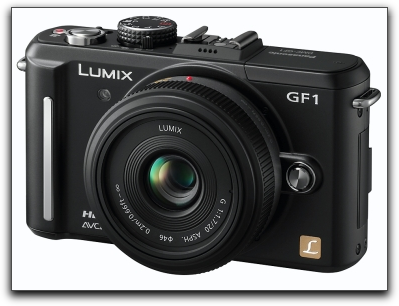 World’s smallest and lightest system camera with built-in flash for creative photography and HD movie record 2nd September 2009 Panasonic today announced the newest addition to its LUMIX G Micro System line-up of advanced digital interchangeable lens system cameras based on the Micro Four Thirds system standard.
The new LUMIX DMC-GF1 debuts as the world’s smallest and lightest system camera with built-in flash. The DMC-GF1 features an elegant, compact flat body and combines great performance with ultimate operating and shooting ease. Furthermore, it effectively optimizes the advantages of a system camera to assure outstanding image quality. The new camera is capable of recording vivid still shots, as well as smooth, beautiful motion pictures. It also features the advanced AVCHD Lite movie for recording extended HD movies, networking with other AV devices and recording in the Motion JPEG format for greater compatibility with PCs. Lumix G Micro System Camera - DMC-GF1 The DMC-GF1 comes with unique functions that include exposure meter and shutter speed preview through the live view.
A number of accessories, including the Live View Finder that provides full-time live view, makes photography a lot more fun, while expanding the user's artistic capabilities. The camera comes in three attractive body colors: true black, active red, and sleek silver. Experienced photographers will find the GF1 an ideal everyday camera, while those new to system cameras will see that it gives them the potential to explore realms of photography far beyond the limits of compact cameras. 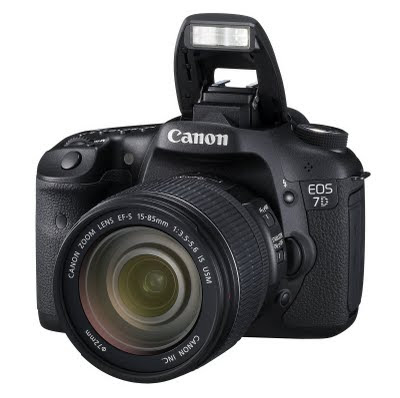 Canon have announced the forthcoming release of the EOS 7D DLR. Apparently, Canon consulted over 5,000 photographers to ask them what they needed most from their camera. The D7 features 18 megapixels and a 19-point cross-type AF sensor, and a new metering system, the Focus Colour Luminance (iFCL) which intelligently measures focus, colour and luminance across 63 zones.
It also has a dual layer sensor to gather information from each distinct zone to produce an accurate, consistent exposure. In addition, it offers an Integrated Speedlite Transmitter, allowing photographers to control external speedlites with no additional accessories and Full HD 1080 movie shooting.
Full specifications:
Place your order now Canon EOS 7D Digital SLR plus 15-85mm EF-S Lens from Warehouse Express.com