If you have read any of my previous blog posts you will know that I have accumulated quite a collection of old lenses. Probably my two favourite ones are the Carl Zeiss Biogon T* 2.8/28mm lens and its big brother the Carl Zeiss Sonnar  T* .8/90mm lens. Both were originally made to fix the Contax G camera (film) range. 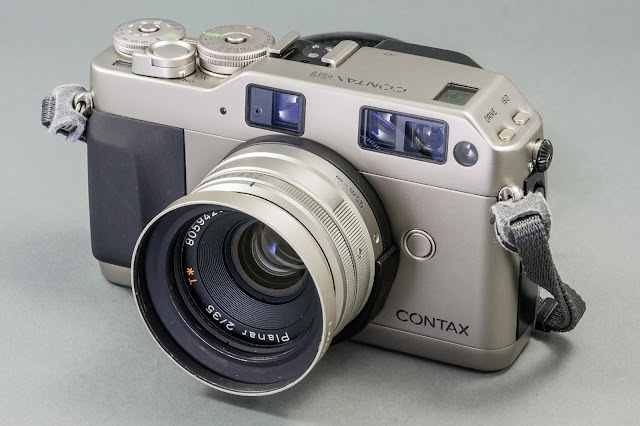 The Contax G1 and Contax G2 were sold by Kyocera under the Contax brand in competition with the Leica M7, Cosina Voigtländer Bessa-R, and Konica Hexar RF. Introduced in 1994, the G1 was soon followed by the G2 in 1996. Sadly, in 2005, Kyocera announced it would cease production of the Contax camera range at the end of that year.


The G-series cameras were solidly constructed of titanium and did not use the Leica M-mount seen on many similar rangefinder cameras. Instead, they used the Contax G-mount, which was an electronic autofocus mount.

This made some 'traditionalists' unhappy as they saw the camera as not being a "true" rangefinder, i.e. mechanical, using as it did, autofocus and electronically linked mechanisms. However, it did use a twin-window system similar to other, older mechanical rangefinders, it's just that it was electronic. However, the lenses have no AF motor and autofocus is performed via "screw drive" motor in-camera.

The Carl Zeiss Lenses available for the Contax G were:
All of the lenses were highly regarded but the especially so the 45mm f/2 Planar, rated as the second-sharpest 35mm lens ever tested by the Swedish test site www.photodo.com, just behind the Canon EF 200mm f/1.8 L USM.

Below are some recent images that were with the 28 mm f/2.8 Biogon. They are black and white, taken on the streets of Colchester. All of them were converted from Fuji RAW to Jpegs in Lightroom, with free presets from Samuel Zeller, a Fuji Ambassador. Visit his portfolio here to find out more about the presets and how to get them yourselves for free.

I use the LR preset 'Punch' and his preset 'BW Noir+ wb/exp. All images were taken on Fuji X-T2 with Provia Standard film simulation, using the 28 mm f/2.8 T* Biogon lens. As the lens has to be attached with an adapter, you can only use manual focus. Fortunately, Fuji has made focus peaking and magnification available. I have set my X-T2 up so I can check focus by pressing the rear control dial to zoom in on the image before pressing the shutter release. 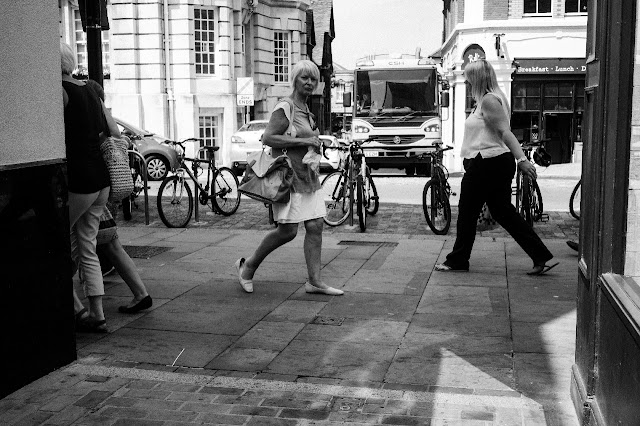 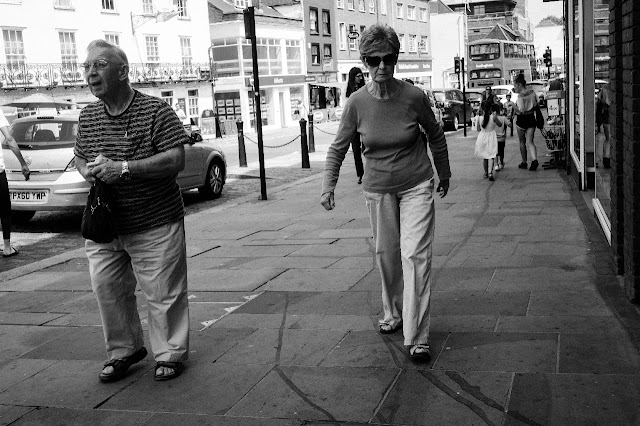 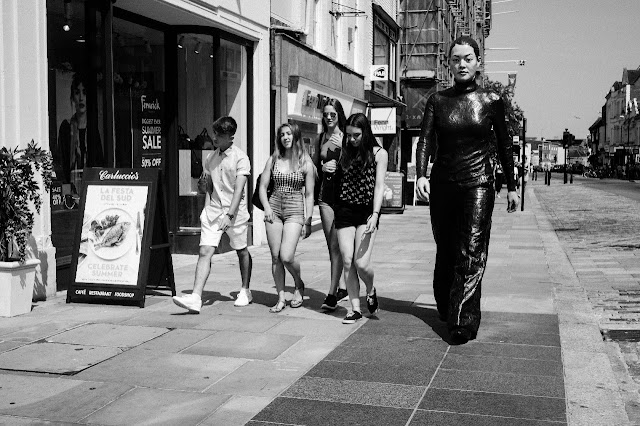 Street photography can mean a lot of different things to different people. Some photographers only shoot black and white, others use colour or both. Some like to get up close and personal, almost paparazzi style, whilst others like to engage with their subject, even posing then before taking the photo. For me personally, I prefer to observe and to take candid shots. Sometimes, the subject(s) will look at me and possibly even realise I am taking photographs. However, I tend to use the live view facility with the rear screen tilted so I can look down as if reviewing images. This is usually sufficient to avoid any confrontational incidents. In the past, I have approached people to ask their permission before shooting, but my style has now changed to capturing candid rather posed images.

All the images were taken in Colchester, Essex, where I have lived for 20 years. You can see more of my images on Flickr here.

Please leave your comments. I reserve the right to delete racist, abusive, pornographic and other distasteful posts without warning.