Mirrorless - the future of photography?

Mirrorless cameras offer certain advantages over the traditional DSLR format of camera. The one that attracts most photographers is the lower weight of the gear. If you have ever had to carry even one DSLR body, a couple of lenses and a tripod all day you will know that carrying all that weight around can be quite a burden (literally). Mirrorless systems are lighter and mean that overall you will have to carry around less bulk and weight yet still have a quality system with which take images.

As you can see, the Z7 is the more pro-version than the Z6, having 45.7MP resolution compared to 24.5MPs. It also has more focus points though it has less FPS than the Z6.

Along with the Z7 and Z6 bodies and mount adapter, Nikon has released details of it's new Z-Series lenses. 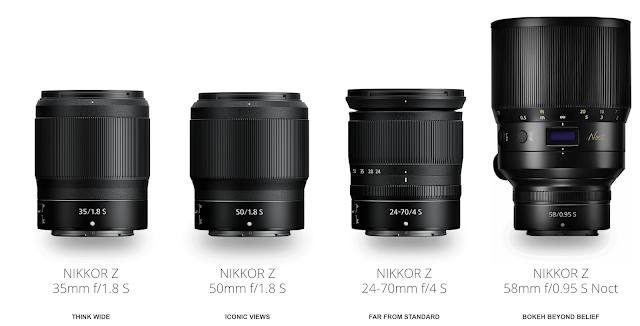 The Z7 body only costs around £3,399 and the Z6 body only costs £2,099 inc. VAT in UK. For more details on the Z Series cameras, mount adapter and lenses visit www.nikon.com

Well, Canon, it seems, don't want to be left out and have now announced their own full-frame mirrorless system, the Canon EOS-R system. 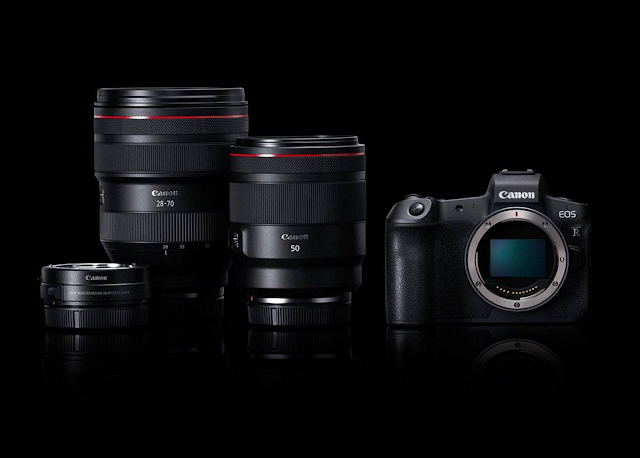 Like the Nikon, the Canon system introduces a new mount. This means that owners of existing lenses (many of them costing several hundred if not thousands of pounds - a not insignificant investment) will need to buy a mount adapter (as with the Nikon) if they wish to use their existing lenses. The EOS R System adapters offer full compatibility with Canon EF and EF-S lens range, giving EOS R owners who also own an EOS camera complete integration with their existing lenses

Of course, Canon have also announced some new R-Series lenses to go with their shiny, new and expensive camera.


Both Nikon and Canon (along with Sony and FujiFilm) have made grand claims for their systems. Nikon says 'Mirrorless reinvented.... a system only Nikon could create' whilst Canon says of their system 'a system designed for the future, today..... it redefines the boundaries of photography and filmmaking.' Grand claims indeed.

Whether you agree with these claims or not, one thing is certain... mirrorless camera systems are here to stay. Whether they sound the death knell of traditional DSLR systems remains to be seen. Personally, I can't envisage a future where both types of digital cameras can co-exist, if only because of cost. It takes huge investment to design and manufacture digital cameras, as well as market and distribute them. Also, with the continued improvement in the quality of smartphone cameras and the potential of cameras such as the 'Light' - see https://light.co/camera, the market for expensive and relatively heavy DSLR cameras will continue to diminish.

Between 2012 and 2017 the total number of interchangeable lens cameras sold was almost halved from 2012 to 2017. Figures from CIPA.There is no coming back from this fact and although DSLR cameras outsell mirrorless for now, the trend means that by 2019 it will be mirrorless that overtakes DSLRs.

So, in answer to my opening question 'Mirrorless - the future of photography?' I would say that for the foreseeable future, the answer is a very definite yes!
at September 05, 2018 No comments: