Great sites for the photographer 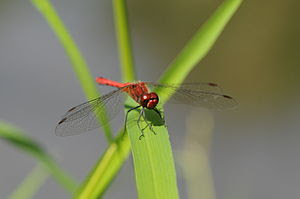 Image via WikipediaIf you are serious about your photography then you need to be regularly checking out what's happening in the world of photography, interacting with other photographers and generally always seeking to learn new skills and techniques. There are several ways you can do this but a virtually free way of doing this is to join online communities and regularly 'subscribe' to several websites.


Some of my personal favourites are:


User galleries and communities:
Tutorials and online learning resources:
These are just a selection of the many sites out there. Of course, the major manufacturers also have learning resources on their sites so they are definitely worth checking out. You will no doubt come across other sites and if you think they are worth sharing then please do so via the comments for this post. 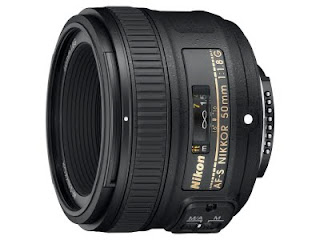 Nikon has confirmed that a new 50mm f/1.8 prime lens is to be released,  boasting a newly developed optical system. They claim it will deliver "stunning image quality and offers users an easy and affordable way to discover the difference fast aperture can make."

“This 50mm is an ideal second lens. It’s a great chance for curious D-SLR enthusiasts to venture out beyond a kit lens and explore the creative possibilities that fast aperture can offer, like pleasantly blurred backgrounds in portraiture and comfortable low-light shooting.”

The lens has an all-new optical design which according to Nikon:

Video example of odosketch in use

Here is a short video of a featured sketch. I hadn't realised that when you viewed the sketch it also played back all the steps you took in making the sketch. Pretty cool!

Email ThisBlogThis!Share to TwitterShare to FacebookShare to Pinterest
Labels: art, Arts and Entertainment, Business, deviantART, High-definition video, Monopoly, Odosketch, People, Sketch comedy, video
Check out this great online sketching site. Odosketch is a neat online sketching site where you can sketch away to your heart's content without needing paper or watercolours!

You get to use various colours from a palette at the bottom of the screen, can erase or trash your creation. Once you are happy with your sketch you can save it for others to view. There are plenty of examples created by other users, the bets of which are featured on the site. Below are some examples:

Why not check out the site and have a go yourself! Visit http://sketch.odopod.com/

Detailed Map on situation in Libya

Check out this very informative map about the current situation in Libya. The original can be found on Twitpic. 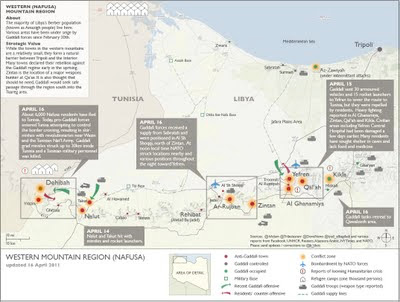 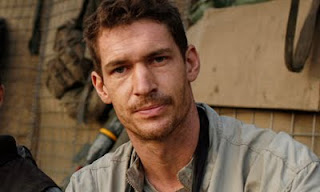 British documentary image maker Tim Hetherington and US photographer Chris Hondros were killed in Misrata, Libya, whilst reporting on the conflict there. Apparently, they were killed in a mortar blast on Wedsnesday. Two other photographers, Michael Brown of Corbis and Panos Pictures Guy Martin were reportedly also injured in the same attack.

Image by Getty Images via @daylifeTim Hetherington is perhaps best known for his film 'Restrepo' about US Marines serving in Afghanistan. If you have watched this film you will know it is a pretty raw and visceral film that lays bare the reality of war from the perspective of the ordinary soldier. At the time of his death, Tim was on assignment for Panos Pictures (hence the involvement of Guy Martin) and Chris Hondros was working for Getty Images.
The bodies of the two men were shipped to Benghazi  by boat today. Tributes have already been posted around the web. Read the BBC tribute on the BBC News site. There is also an excellent tribute with more background information on Tim on the Guardian site. You can read the tribute to Chris Hondros to Chris Hondros on the New York Times site.
Both men were highly respected for their work and as individuals. For anyone interested in documentary image making its a great loss and underlines the risks that reporters and image-makers take to bring us insights into conflict and its impact on ordinary men and women. Its often thought that such men are somehow 'hooked on' war and yet both men were known for their compassion and concern for those caught up in conflict, particularly those often referred to 'innocents'.
Fellow photographer, Tyler Hicks (recently held captive himself in Libya last month) says of his friend:

“He’s a sensitive photographer,” Mr. Hicks said. “He never was in it for himself or for the vanity of what the job brings with it. He really believes in his work.”

Tim Hetherington is best thought of as an image maker, rather than as a photographer. He never saw himself as a 'great photographer' but believed that we are in a 'post-photographic' age. he once said:

I highly recommend you check out their work. You cannot fail to be moved by the power of the imagery they created and the stories they sought to tell. Their dedication is, in the end, what cost them their lives. We owe it to them to pay attention to their message. Nor, must we forget all those who are suffering right now, least of all the civilians caught up in the conflict in Misrata and elsewhere.

Nikon has announced the D5100: “The D5100 is a great camera that allows you to express your artistic side through impressive images and movies. You can shoot with creative effects and unique angles, all at the level of superior image quality seen in the D7000!”

The D5100 is the successor to the D5000, a popular model in the Nikon range. it comes with an updated Vari-angle LCD screen, which now open horizontally for greater functionality, especially when using a tripod. The D5000 was criticised for its screen not being fully usable when the camera was on a tripod. The screen is also thinner whilst at the same time offering higher resolution (921,000 dots compared to just 230,000 on the D5000).
Coming in at around 10% smaller than the D5000, the D5100 will also be cheaper, according to Nikon. Considering that it will also offer better image quality (on par with the D7000 according to Nikon) should increase its appeal.
Other improvements include:
Price is expected to be £669.99 body only and £779.99 with 18-55mm kit lens. 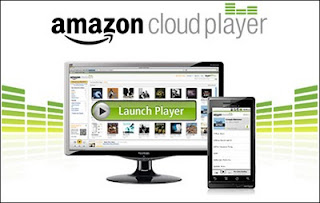 Amazon has stolen a lead over its rivals with the debut of its music streaming service 'Cloud Player'. Whether this has Apple and Google quaking in their corporate boots is yet to be seen. However, its certainly something of a coup for the online retailer.
Allowing users to store their music libraries on Amazon's servers 'in the cloud', the service will allow users to access their music on different devices, not just on their computers. So, they can listen to music on the move on their smartphones without having to clog up storage space on their device.
Initially, users will have access to 5GB of storage, roughly equivalent to 1,000 tracks. This will be free (at least for now) but users can purchase additional storage. Customers who purchase an MP3 album can upgrade for free to the 20GB service.
Initial reactions are favourable:
James Kendrick, ZDNet: "Amazon is now fully ingrained in the Android ecosystem, with its new Cloud Drive and Cloud Player joining the Amazon Appstore to position Amazon to be a full service shopping destination for Android device owners."
Ben Parr, Mashable: "Even from my short test, it became apparent that Amazon wasn't launching some half-baked product; Cloud Player is a fully-functional, very usable streaming music player that could even make iTunes obsolete for many people, and its ability to play on-device and cloud-based music could quickly make it Android's killer app."
Read more: http://www.thefirstpost.co.uk/77029,news-comment,technology,what-they-are-saying-about-amazon-cloud-player-review-google-android-killer-app#ixzz1Iet4aElu